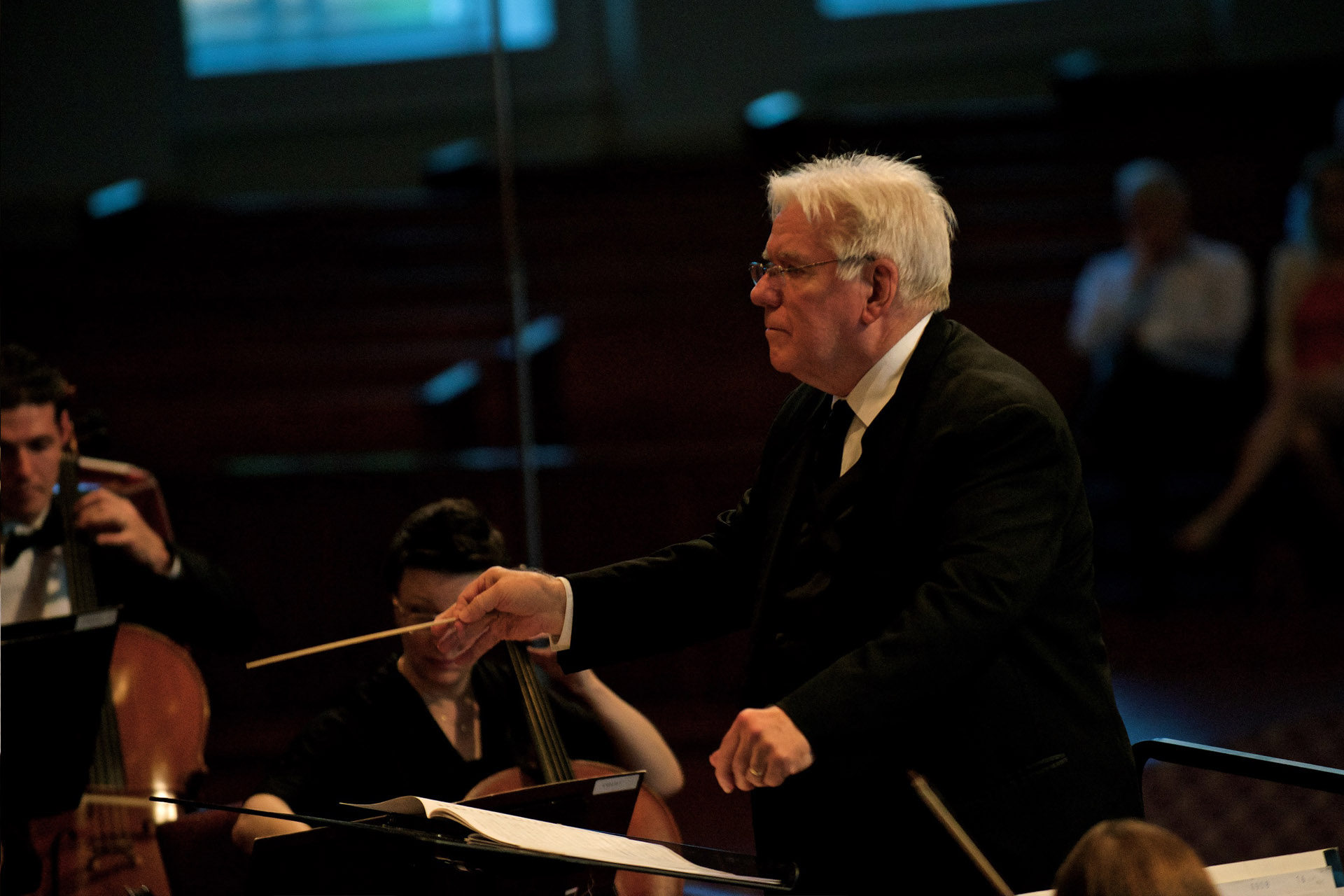 (Originally published in the AJC)

J. Wayne Baughman saw the growth in Johns Creek coming years before it ever exploded. As far back as the late 1980s, when he first started working in the area, he knew it was going to be big. And the church musician, chorale director and conductor had a big idea to match it.

The insight struck as Baughman was conducting a holiday performance of Handel’s Messiah.

“I did the unthinkable,” he now admits, “and allowed my brain to think of something else in the middle of conducting. But it was a great idea: that we could have a professional orchestra here. It was an idea born long before anything was done about it. It even took three years just to incorporate. But everything I was told about the growth patterns here has happened; in fact, it’s even more terrific than we anticipated.”

Baughman saw the subdivisions, schools and office parks going up and believed that the people who lived and worked in them would support a professional orchestra. And he meant it to be professional, not a community organization of volunteers or students alongside a few paid musicians, but a full complement of top-tier performers. Baughman’s idea became a reality almost six years ago, and ever since, the professional Johns Creek Symphony has offered residents on the northside the chance to hear what Baughman calls “big-time classical, symphonic music.”

“I’m not discouraging people from hearing the Atlanta Symphony,” he assures. “But they now can hear great music without having to travel an hour each way to go to Midtown. As our mission statement says, we’ll play the greatest music at the highest professional level.”

Finding high-calibre musicians to fill the orchestra’s 45 seats has not been a challenge, said Baughman, who recruits players from around the metro area.

“We’ve hired and retained the most highly qualified musicians who do not already work for the ASO,” he said with a smile. “We’re very lucky to live in a [metro] area with a lot of talented people – probably enough to build two professional orchestras.”

The Johns Creek group stages about four concerts a year in various locations from the local high school to the 2,000-seat sanctuary of the Johns Creek Baptist Church. The annual holiday gala will take place tonight at St. Benedict Catholic Church where Baughman, 66, is the music director. Ticket sales from the concerts, along with government grants, corporate support and individual donations, keep the music playing.

“I think the people in our community are really beginning to develop an identity with the orchestra,” said Baughman. “They have a great deal of pride in the fact that we do have our own.”